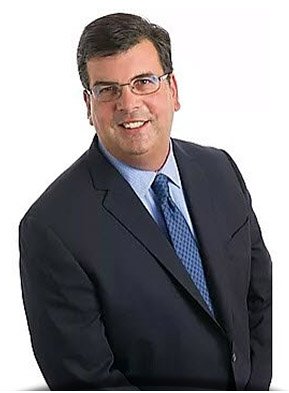 Mr. Ricci is one of the few attorneys selected in New Jersey by the National Fraternal Order of Police to represent law enforcement officers in criminal matters and disciplinary matters, Mr. Ricci successfully defended an East Orange Police Officer against a twenty-one count Indictment in Essex County, New Jersey. Mr. Ricci also defends teachers, custodians, and other educational personnel in criminal and DCPP, formerly known as DYFS matters throughout the State of New Jersey on behalf of the New Jersey Education Association. Recently, Mr. Ricci obtained a not guilty verdict for a Paterson School Teacher charged with multiple counts of Official Misconduct in Passaic County, New Jersey and has had great success in defending teachers against Tenure Charges.

Mr. Ricci's criminal practice, however, is not limited to police officers and teachers. Mr. Ricci regularly handles criminal matters in the State and Federal Courts of New Jersey for non-public employees and has obtained Not-Guilty Verdicts for his clients charged with Aggravated Assault, Unlawful Possession of a Weapon and Sexual Assault, in Bergen County, Passaic County, and Union Counties. Mr. Ricci has further obtained Not-Guilty Verdicts for his clients both in New York and New Jersey Federal Courts relative to Drug Smuggling and Bank Robbery Indictments. Mr. Ricci also handles disorderly person cases and regularly obtains dismissals and not guilty verdicts in the Municipal Courts of New Jersey.

Mr. Ricci has extensive experience handling Personal Injury matters, with an emphasis on construction accidents, on behalf of injured clients. In the last ten years, he has obtained in excess of $30,000,000.00 in settlements and trial verdicts for his injured clients.

Mr. Ricci has been named a "Super Lawyer" since 2010 in the Super Lawyer Section of New Jersey Monthly Magazine. He further has been noted a "Top 100 Trial Attorney" by the American Trial Lawyers Association, as well as by the National Trial Lawyers Association annually since 2010. He has also received a "Top 10 Attorney" award in Personal Injury by the National Academy of Personal Injury Attorneys.

Currently, Mr. Ricci serves as the attorney for the Township of Bloomfield, Board of Health and defends police officers for the City of Newark in civil rights lawsuits. Mr. Ricci also gives back to his community of Wayne, New Jersey. In 2019, Mr. Ricci was awarded the lifetime achievement award for his time and efforts with the Wayne Wolfpack Youth Football Organization which he is proud to have been associated with since 2013.