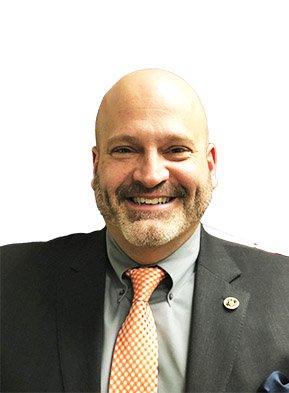 Michael J. DeMarco enjoyed a 26-year career with the Passaic County Prosecutor’s Office. He rose through the ranks to become Deputy First Assistant Prosecutor in 2015, where he supervised all the special investigative units. Prior to that, he was the Chief Assistant Prosecutor of the Major Crimes Unit, where he oversaw hundreds of homicide and vehicular homicide investigations. Mr. DeMarco was the legal advisor to the Paterson Police Cease Fire Unit. His duties also included the investigation of all police-involved shootings.

Mr. DeMarco was the former Director of the Passaic County Narcotics Task Force. There he supervised teams of detectives and prosecutors who successfully seized hundreds of kilos of cocaine, heroin, and crystal meth, as well as the seizure of in excess of a million dollars in drug proceeds.

Mr. DeMarco has extensive experience as a trial attorney in complex criminal matters. This experience has allowed him to become a Certified Criminal Trial Attorney by the New Jersey Supreme Court. This designation is held by approximately 3% of all New Jersey Attorneys.

In 2018, Mr. DeMarco was honored by the County Prosecutors Association of New Jersey with the Outstanding Advocacy Over A Career Award.

Mr. DeMarco has taught at the college level for more than two decades. He is currently an adjunct professor at William Paterson University and a doctoral lecturer at Queensborough Community College/CUNY, both in their respective criminal justice programs.

Michael J. DeMarco is a graduate of William Paterson College and New England School of Law. He has also completed the Civil Trial Litigation Program of the Justice Clifford American Inn of Court. He recently achieved an Advanced Certificate in Immigration Law from the City University of New York.